Modern machine learning systems are susceptible to adversarial examples; inputs that preserve the characteristic semantics of a given class, but whose classification is incorrect. Current approaches to defense against adversarial attacks rely on modifications to the input (e.g. quantization) or to the learned model parameters (e.g. via adversarial training), but are not always successful. ML systems are also susceptible to poisoning attacks during training. This talk will include: 1) An overview of attacks on machine learning (data poisoning, model poisoning, adversarial examples) and defenses. 2) Discussion of the enablers of successful adversarial attacks via theory, and empirical analysis of commonly used datasets. 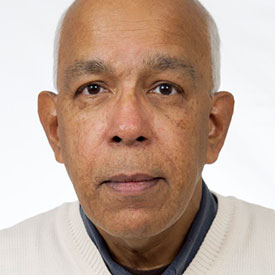 Ananthram Swami is with the US Army DEVCOM Army Research Laboratory and is the Army’s Senior Research Scientist (ST) for Network Science. Prior to joining ARL, he held positions with Unocal Corporation, USC, CS-3 and Malgudi Systems. He was a Statistical Consultant to the California Lottery, developed a Matlab-based toolbox for non-Gaussian signal processing. He has held visiting faculty positions at INP, Toulouse and at Imperial College, London. He received the B.Tech. degree from IIT-Bombay; the M.S. degree from Rice University, and the Ph.D. degree from the University of Southern California (USC), all in Electrical Engineering. Swami’s work is in the broad area of network science, and more recently in the area of machine learning. He is an ARL Fellow and a Fellow of the IEEE.