A Certified Workforce: What Certified Analytics and AI Professionals Mean towards Better Delivery and Eminent Ethics

The CAP Panel discussion is a conversation spanning questions regarding the development, impact, program management, value, and even ethics pertaining to the professionalization of the workforce, methods, and practices. The two panelists are Kirk Borne (world’s top influencer for Analytics, Machine Learning, Artificial Intelligence, IoT, and Digital) and Rami Musa (Director for Supply Chain Modeling & Advanced Analytics at Johnson & Johnson). The panel is moderated by Aaron Burciaga, the 2021 Analytics Certification Board Vice-Chair (Vice President Data & Artificial Intelligence at ECS). The panel is brought to you by the Analytics Certification Board for the Certified Analytics Professional – the premier certification in analytics, data science, Machine Learning, and Artificial Intelligence. 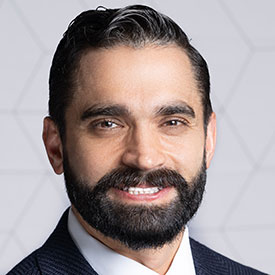 Aaron Burciaga is the vice president of Data and Artificial Intelligence (AI) at ECS. He is responsible for building the company’s data, AI and machine learning (ML) capabilities and strategy and works closely with ECS’s national security and intelligence divisions to develop AI/ML solutions for ECS’ federal and commercial customers. Mr. Burciaga also leads the Analytics Center of Excellence at ECS.

Prior to joining ECS, Mr. Burciaga was the global operations director for analytics and artificial intelligence at HCL Technologies. In this role, he built a high-performing global network of data scientists, AI/ML engineers, data engineers, and analysts. Together they developed strategies to revolutionize data management in order to efficiently harvest and synthesize data for quick and accurate delivery.

A veteran of the Iraq War, Mr. Burciaga served as an officer in the United States Marine Corps (USMC). As a reservist, he continued to serve through 2019 as the lead data technologist at USMC headquarters, assisting the service’s chief information officer. Mr. Burciaga has a Bachelor of Science degree from United States Naval Academy and a Master of Science in Operation Research from the Naval Postgraduate School.

Dr. Kirk Borne is a Data Scientist, providing thought leadership, global speaking, content creation, mentoring, training, and consulting activities in data science, machine learning, and AI across multiple disciplines. Kirk has recently joined DataPrime as the Chief Science Officer where he will apply his extensive experience and knowledge of the trends in these critical fields to developing data-intensive professions and mentor Data Scientists of all experience levels. Most recently he was the Principal Data Scientist, Data Science Fellow, and an Executive Advisor at global technology and consulting firm Booz Allen Hamilton from 2015 to 2021. Before that, he was Professor of Astrophysics and Computational Science at George Mason for 12 years in the graduate and undergraduate data science programs. Prior to that, he spent nearly 20 years supporting data systems activities for NASA space science programs, including a role as NASA’s Data Archive Project Scientist for the Hubble Space Telescope. Dr. Borne has degrees in physics (B.S., LSU) and astronomy (Ph.D., Caltech). He is an elected Fellow of the International Astrostatistics Association for his contributions to big data research in astronomy. In 2020, he was elected a Fellow of the American Astronomical Society for lifelong contributions to the field of astronomy. As a global speaker, he has given hundreds of invited talks worldwide, including keynote presentations at dozens of data science, AI and analytics conferences. He is an active contributor on social media, where he promotes data literacy for all and has been named consistently among the top worldwide social influencers in data analytics, data science, machine learning, and AI since 2013. 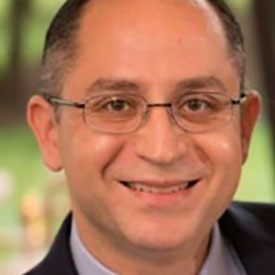 Dr. Rami Musa is a director of supply chain modeling & analytics at Johnson & Johnson leading a team of experts in the field to deliver scalable solutions and applications. He has been leading major programs utilizing optimization, simulation / digital twin, and Artificial Intelligence to solve complex supply chains problems, such as: network modeling, multi-echelon inventory optimization, capacity planning, scheduling & planning, investment rightsizing, portfolio optimization, supply chain segmentation, hedging, and freight optimization. Rami has a wide range of experience working for several Fortune 100 companies in healthcare, retail, logistics, and chemical industries. With his work, he delivered hundreds of millions of benefits for the companies with which he worked and collaborated. He holds a Ph.D. in industrial & systems engineering from Virginia Tech. He taught as an adjunct faculty member at Drexel University and Virginia Tech. He has been an active member at INFORMS and was one of the first to obtain his Certified Analytics Professional (CAP) certification. He wrote a chapter of the CAP study guide. In addition to that, Rami is a Certified Supply Chain Professional (CSCP) and Lead Six Sigma Master Black Belt (MBB).