In 2019, Automation Intelligence partnered with the United Parcel Service (UPS) to begin developing what will become the largest intra-facility digital twin known to date. This project spanned over 9 months and spawned a number of use cases, including testing new tools and technologies to make parcel sorting facilities more efficient. The main benefit to their organization is visibility and quick access to their hubs, and being able to “pre-launch” new decision support tools.

This is a dramatic shift to how new technologies are piloted at UPS. With the increasing demand on logistics companies to innovate along with the high-risk of failure, digital twins serve to minimize both timeline and implementation risk — winning on both sides.

See a video summary of this work on YouTube:
https://www.youtube.com/watch?v=cQgTswEMcqg&feature=youtu.be 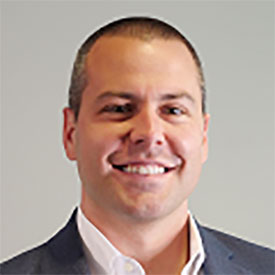 Co-founder and President at Automation Intelligence

Richard Schrade is the co-founder and President of Automation Intelligence, an Atlanta-based start-up specializing in applied-OR tools and digital twins for intra-facility optimization and planning. Prior to starting this company in 2019, he spent 7 years in analytical consulting in the Logistics, Consumer Products, and Food & Beverage industries. He graduated from Georgia Tech in 2013 with a Bachelor’s degree in Industrial and Systems Engineering.

Automation Intelligence has been featured in Hypepotamus, a publication featuring Atlanta-based start-ups.