Take advantage of these pre-conference workshops for a hands on demonstration of the latest in Analytics software. All attendees are welcome to join onsite or pre-register by editing your registration.

Descriptions and times below:

In this workshop, you will learn to tackle different supply chain problems using mathematical optimization and scenario modeling. We will cover 3 use cases: Supply Chain Design, Integrated Business Planning and Production Scheduling.

3. Bespoke Production Scheduling
Translate your plans into a daily production schedule. Find out how you can achieve this with a bespoke application that is designed based on your specific business variables, such as change-over time. 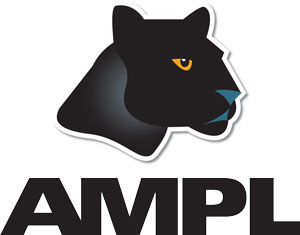 Adding Optimization to Your Applications, Quickly and Reliably: From Prototyping to Integration with AMPL

Optimization is the most widely adopted technology of Prescriptive Analytics, but also the most challenging to implement:

In this presentation, we show how AMPL gets you going without elaborate training, extra programmers, or premature commitments. We start by introducing model-based optimization, the key approach to streamlining the optimization modeling cycle and building successful applications today. Then we demonstrate how AMPL’s design of a language and system for model-based optimization is able to offer exceptional power of expression and speed of execution while maintaining ease of use.

The presentation continues by taking a single example through successive stages of the optimization modeling lifecycle:

Our example is simple enough for participants to follow its development through the course of this short workshop, yet rich enough to serve as a foundation for appreciating model-based optimization in practice. Several case studies of AMPL applications round out the presentation by showing how model-based optimization has been successful in varied areas of analytics practice.

Calling all OR Heroes: Learn How to Model and Deploy Solutions in 75% Less Time with FICO® Xpress Insight

Join our hands-on workshop to experience how FICO® Xpress Insight helps you read data in any format from any source, integrates with your own machine learning and solvers (or Xpress Solver), enables collaboration with business users, deploys decision support or automated solutions in the cloud or on premises —and does it all in 75% less time.

All attendees will receive a link to the complimentary FICO® Xpress Optimization Community License.

The right tools help you deploy your GAMS model and maximize the impact of your decision support application.
GAMS Engine is a powerful tool for solving GAMS models, either on-prem or in the cloud. Engine acts as a broker between applications or users with GAMS models to solve and the computational resources used for this task. Central to Engine is a modern REST API that provides an interface to a scalable, containerized system of services, providing API, database, queue, and a configurable number of GAMS workers. GAMS Engine is available as a standalone application, or as a Software-As-A-Service solution running on AWS.

GAMS Transfer is an API (available in Python, Matlab, and soon R) that makes moving data between GAMS and your computational environment fast and easy. By leveraging open source data science tools such as Pandas/Numpy, GAMS Transfer is able to take advantage of a suite of useful (and platform independent) I/O tools to deposit data into GDX or withdraw GDX results to a number of data endpoints (i.e., visualizations,
databases, etc.).

In this session we will go through the necessary steps to get started with GAMS Engine
and GAMS Transfer.

Gurobi 9.5: Helping You to Build, Solve, and Deploy Optimization Models

This workshop will discuss our latest release, Gurobi 9.5, as well as some of our recent efforts to help make you successful with optimization.  We’ll touch on the performance improvements in version 9.5 and the new and enhanced features, which make it easier for you to state and solve your optimization problems.  We’ll also talk about our new Compute Server features, which greatly simplify deployment in an enterprise environment.  Finally, we’ll talk about a number of other important ingredients in a successful optimization application, including support, licensing, education, consulting, etc.

Teaching the process of building, evaluating, and choosing statistical models has become an essential part of the curriculum for Analytics Programs. What was once limited to teaching only linear and logistic regression, instructors are now exposing their students to many other modeling techniques – partition/trees, neural network, K-nearest neighbors, Text Mining among many others. Curriculums are also evolving so that students are being exposed to what working on real datasets are like. This includes such steps as cleaning and formatting data, deciding how to deal with missing values and outliers, building and comparing a variety of models, and presenting results in an accessible manner to a non-technical audience.

In this workshop, a statistical scientist from JMP will illustrate how JMP Pro’s interactive visualization-driven approach to this process can greatly enhance student’s understanding, and enjoyment of the predictive modeling workflow.

Teaching Computers to Read: How to Leverage AI to Solve Real-world Problems with Unstructured Data

The unstructured data toolkit has been constantly evolving, as it requires a unique set of strategies and technologies to address companies’ business challenges. Deep learning and natural language processing tools can be used to carry on dynamic conversations with customers or to teach computers to automatically read documents. We will deep dive into these tools to discuss how they work, how they are applied, and how they deliver value at scale to solve companies’ pain points.

Improve your Forecasts with Free, Open External Data in Seconds

Predictive models are underperforming in a wide variety of use cases where contextual data would greatly improve situational awareness.  However, incorporating external variables is a time-consuming and labor intensive process, making it very hard to find the right signals that actually have an impact on the model. This hands-on workshop will take you step by step through the process of transparently generating and blending relevant exogenous variables from publicly-available data to immensely improve predictive performance.  This includes exploiting news reports, social media interactions, web search trends, reviews, economic and financial figures, geolocations, mobility, weather, etc. Enriching your models with ML-ready features from any source no longer takes days or weeks, but just a few lines of code.

Solving the Most Difficult Mixed Integer Programming Models with ODH

ODH is a package for accelerating MIP optimization and extending its range. It runs concurrently and synchronously with a MIP optimizer exchanging information with it.

Although ODH was primarily designed to enable MIP optimization to be applied to models too large or difficult to be amenable to the standard commercial MIP optimizers such as CPLEX,  or other commercial parckages, it also accelerates the optimization of most models that are regularly solved with standard MIP.

ODH has been developed by Optimization Direct Inc. over the past 8 years to handle real world customer models for which standard MIP was not effective.

Optimization Direct has customers in the scheduling, telecoms, retail, logistics and supply chain areas who use OD|CPEX. At least three of these have applications that would fail without ODH|CPLEX technology. In January 2022, one said ‘ODH|CPLEX is comparable to the best optimization technology available from anyone on my small models and much superior to any other optimizer on the large ones’.

ODH uses a number of heuristics, especially a novel decomposition based method, and information from a MIP optimizer to feed that MIP optimizer with good solutions. This is made possible by its new thread synchronization technology within which the ODH and MIP threads can work efficiently.

At Princeton Consultants, we have started to do the majority of our optimization model development using Python with the pandas library (https://pandas.pydata.org/). We have successfully developed models using the Gurobi (https://www.gurobi.com/) python interface, and the docplex (http://ibmdecisionoptimization.github.io/docplex-doc/) python interface for IBM ILOG CPLEX Optimization Studio (https://www.ibm.com/products/ilog-cplex-optimization-studio). Based on these successes, we have codified our approach for rapid optimization model development.

In the second half of the workshop, Ed Rothberg of Gurobi will discuss the continuum of optimization model review and refinement assistance offered by Princeton Consultants and Gurobi, including specific examples of how these services led to significantly better outcomes.

Starting Out With Arena

Rockwell Automation’s Arena Simulation Suite has maintained its position as the leading simulation package for nearly 40 years. It continues to provide end users with an easy-to-use interface that combines power with simplicity. In this seminar, the Arena modeling environment and basics of Arena model building will be shown.