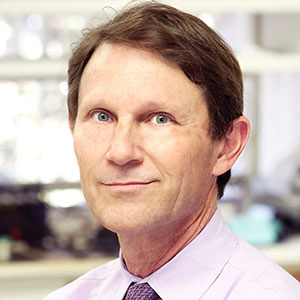 Professor at University of Southern California

Randolph Hall is a Professor in the Epstein Department of Industrial and Systems Engineering and director of USC’s Center for Risk and Economic Analysis of Threats and Emergencies. His research focuses on how universities innovate in their practices for education, research and clinical care, and how they overcome the obstacles to change. His upcoming book for MIT Press is titled: Breaking Tradition: Trust and Innovation in the American University.

As VP of Research for 14 1/2 years, Hall led research initiatives across the university, overseeing research advancement, administration and ethics activities. Hall led the creation of USC’s strategic plans for diversity and inclusion in research and scholarship, research administration systems, science and technology facilities and alignment of health programs across the university. His other initiatives included rigor and transparency in the conduct of research, research mentoring, and reinvention of research practices through collaboration and technology.

Hall’s other experience includes serving as the founder/principal investigator for two national research centers, the Center for Risk and Economic Analysis of Terrorism Events (CREATE), and the National Center for Metropolitan Transportation Research (METRANS). He also served as senior associate dean for research in the Viterbi School of Engineering for four years. Hall was chair of Industrial and Systems Engineering during a period when the faculty size grew by 50%, and when it became the first named academic department at the University of Southern California, upon receipt of a $10 million gift from Daniel J. Epstein.

Hall is the author of Queueing Methods for Services and Manufacturing (Prentice Hall, 1997) and the editor of Handbook of Transportation Science (Springer, 2003), Patient Flow, Reducing Delay in Healthcare Delivery (Springer, 2006; 2nd Edition, December, 2013) and Handbook of Healthcare System Scheduling (Springer, 2012). He has been funded by the National Science Foundation, U.S. Departments of Homeland Security and Transportation, California Department of Transportation, Los Angeles County Department of Health Services and L.A. Care. Dr. Hall has numerous publications in the areas of transportation, logistics, system engineering, and queueing. Hall received his Ph.D. (1982) and M.S. (1980) in civil engineering from U.C. Berkeley. He received his B.S. in industrial engineering and operations research from U.C. Berkeley in 1979.

Track: Analytics in the Public Sector

As the Department of Homeland Security’s first University Center of Excellence, the Center for Risk and Economic Analysis of Threats and Emergencies (CREATE) serves our nation through creation of advanced models and tools for the evaluation of the risks, costs and consequences of threats to human livelihood and through assessment of strategies to mitigate risks and respond to emergencies. The presentation will describe CREATE’s integrated and holistic approach for independent assessment of hazards, both malevolent and unintentional, including terrorism, accidents, and naturally occurring events. CREATE generates models, tools, evaluation methods, software, targeted analyses and communication protocols. We enhance the operations of homeland security agencies, making them more efficient and effective at improving the nation’s security in the face of terrorism, natural disasters and technological accidents. At the same time, CREATE conducts fundamental research that advances the science of risk analysis, economics and operations research in risk, behavioral, economic and decision analysis. Example applications will be provided along with a description of new work studying environmental disasters.